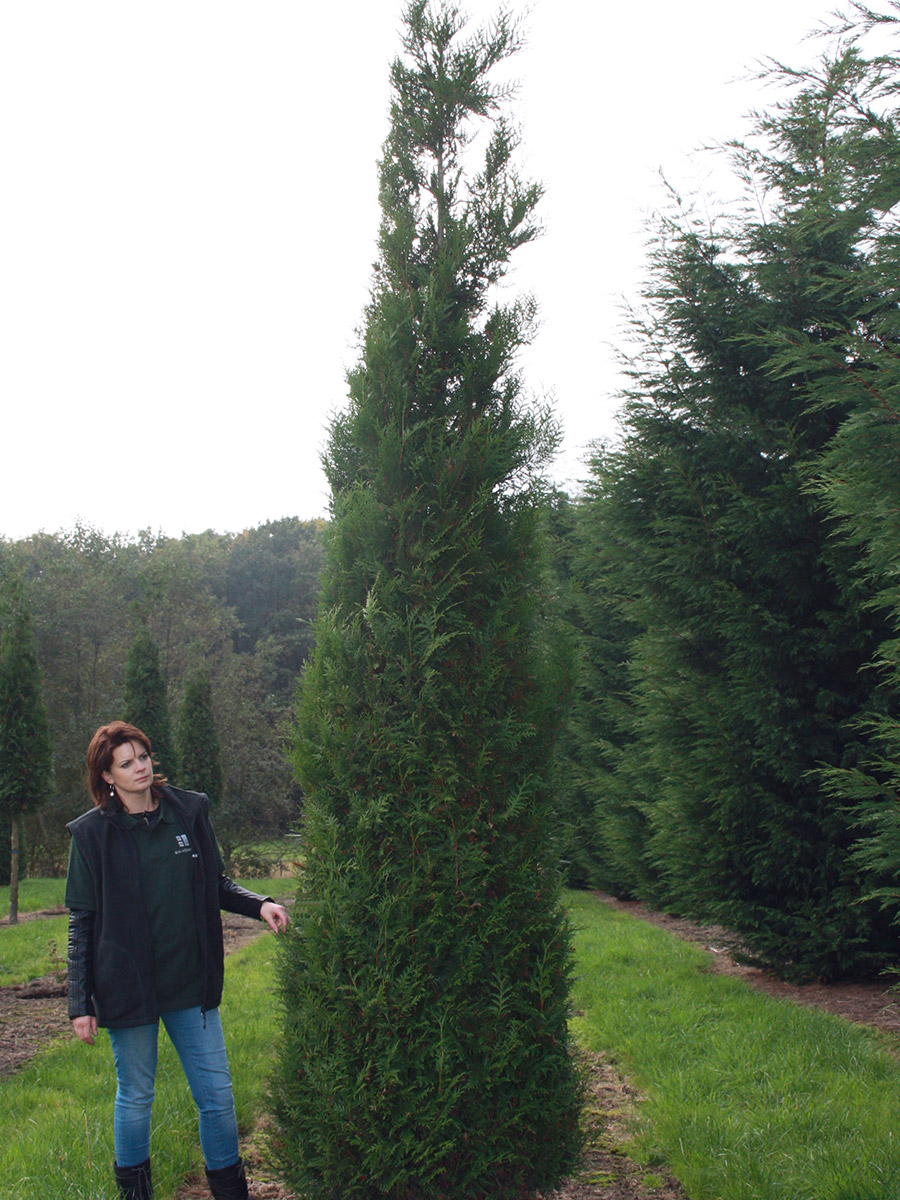 Please add all the products you require to your enquiry cart and we’ll get back to you within 24 hours (Mon-Fri) to confirm availability and delivery costs.

Originally found in North American forests, the Western Red Cedar is easily recognisable by its pyramid-like shape and broad trunk.

The fern-like evergreen foliage is unusual because it is sustained without any clearly visible buds.

Flattened sprays of foliage are dark green in colour and smell like pear drops or pineapple when crushed.

Look out for small, brown flowering cones which can be found near the tips of branches.

Western Red Cedar is popular in Native American culture. Historically, the strong wood was used for constructing housing and totem poles as well as being made into other objects such as canoes and utensils.

The Western Red Cedar loves a sunny position in moist but well-drained soil.

Hedging can be trimmed twice a year in Spring and late Summer but be careful when pruning as the foliage may aggrevate skin allergies.

The soft wood is still used in the construction industry but the dense foliage attracts many birds and insects for shelter.

Can't see what you're looking for?

Our website shows a small snapshot of what's available.
If you require a particular species, topiary form or a mature specimen we can help.