The Best Hedge for….

Both Evergreen and Deciduous hedging are great windbreaks. Large evergreen hedging plants, such as English Yew and Laurel are absolutely fantastic at completely blocking wind, their dense structure creates a solid wall, completely eliminating any wind from passing by. Deciduous hedging is also a great preventative of wind although not able to completely stop the wind from passing, the twigs are capable of slowing down and breaking up strong winds. If you are looking for a complete wind block, English Yew (Taxus Baccata) would be our recommendation, due to its extremely dense small pines, this slow-growing species has the ability to completely block strong winds from getting near your property or garden.

There are not many hedging species that are unable to grow without complete exposure to sunlight. When other factors such as; wind and soil are correct, Partial sunshine will suffice in most situations. However, some species such as; Taxus Baccata, Ilex Aquifolium and Prunus Lusitanica show very little difference between growing in and out of the shade. Yew, for example, is able to grow around 30cm in a year when in complete shade. 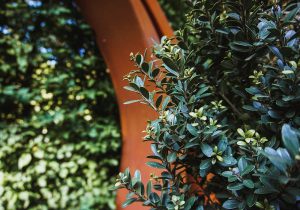 For many of our customers, the main reason behind ordering Big Hedging is for security reasons. Hedging often offers better protection than a fence or a wall. Having a thick wall of thorns will most definitely fend off any intruders – they know that the smallest blood spot or ripped clothing could give them away. The hedging that we would recommend to prevent intruders would be Crataegus Monogyna (Hawthorn) or Ilex Aquifolium (Holly).

There aren’t really any Evergreen species that prefer to be in wet conditions. In fact, if you are going to plant an Evergreen, like Taxus Baccata, in an extremely wet area - close to a river or marshland - we would recommend installing extra drainage beneath the hedge. Hornbeam, being one of the few hedging species that actually thrives in wet ground, has the ability to grow tall and healthy, making it our top recommendation for planting in wet areas. 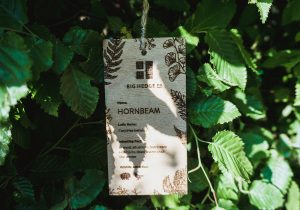 In the eyes of habitat creation, all hedging is a step in the right direction. Any large hedge give birds somewhere to nest and if it is a flowering hedge, it allows small mammals to forage and find food. Hedging allows mammals to move around safely by creating a corridor between gardens. The only reason that a hedge may be unsuitable for animals to make a home would be hu man intervention, this is why we highly advise no hedging to be cut between 1 March to 31 July. Contact us to discuss your requirements.
Share This Post:

Merry Christmas from all at the Big Hedge Company

Ensuring the successful establishment of mature hedging and topiary when transplanting

Mature hedging excels at carbon capture and has other environmental benefits

Merry Christmas from all at the Big Hedge Company

Ensuring the successful establishment of mature hedging and topiary when transplanting

Mature hedging excels at carbon capture and has other environmental benefits

The Landstruction Group has arrived!